How One University Makes a Large School Feel Smaller 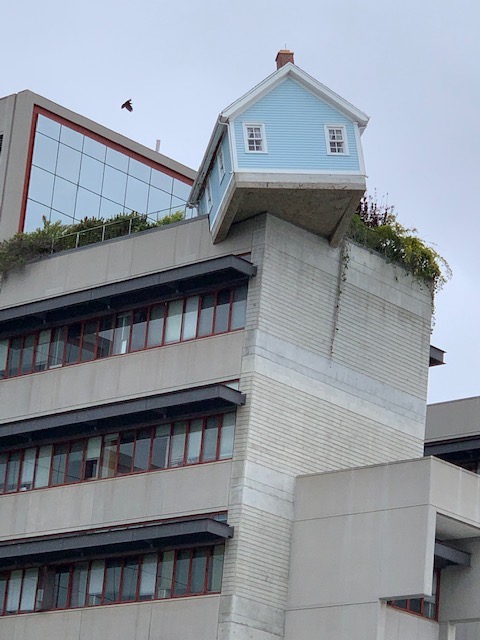 There’s the library, an iconic structure on the University of California at San Diego (UCSD) campus. There’s the statue of Dr. Seuss and the Cat in the Hat outside on the library  plaza. There’s the sculpture of a house teetering on the edge of the Jacobs School of Engineering building nearby. And there is …. a Target store? Unmistakable, right next to the campus bookstore.

I revisited UCSD in early June and aside from what I remembered from my last visit, I saw a bevy of construction projects underway: the Design and Innovation Building adjacent to the new Light Rail Transit station, the site for a new Hillel building, the Marine Conservation and Technology Facility, the Scripps Ocean-Atmosphere Research Simulator (SOARS), and the Theatre District Living and Learning Neighborhood.

UCSD is a school of approximately 30,000 undergraduate students divided into seven small colleges, based on the idea of making a large school feel more like a small school. Each has its own campus neighborhood, residence facilities, staff, traditions, general-education requirements, and distinctive educational philosophy. Some colleges are named after famous individuals, such as Supreme Court Chief Justice Thurgood Marshall and John Muir, the Father of National Parks, and Eleanor Roosevelt, the first lady who dedicated her life to public service. The last two are simply Sixth College and the newest, Seventh College. Maybe one day, they, too, will be named after distinguished Americans.

Students in any college can major in any academic area offered by the university. Some majors are capped – enrollment is limited for incoming freshmen. Those majors include a number of majors in the Jacobs School of Engineering (Bioengineering, Mechanical and Aerospace Engineering and NanoEngineering, to name a few), as well as majors in Public Health and Physics, among others.

UCSD admission is selective, and like all UC schools, is test free, i.e. SAT and ACT are not considered as a factor in admission decisions. The UC system has its own application, and although applications generally open on August 1, they must be submitted between November 1 and November 30 only in order to be considered. Decisions are typically rendered by the end of March.

Sign up for the latest posts from the College Blog and get a free download of the How to Apply to College Stress-Free eBook. Subscribe and get the eBook.

- "I have been reading [my daughter's] essays when completed and I really love how you helped her think about how to best showcase herself. Also I love the organization. It’s fantastic! Thank you!! " Parent of High School Senior, College… […]
More