On the Road with Betsy Woolf – CalArts 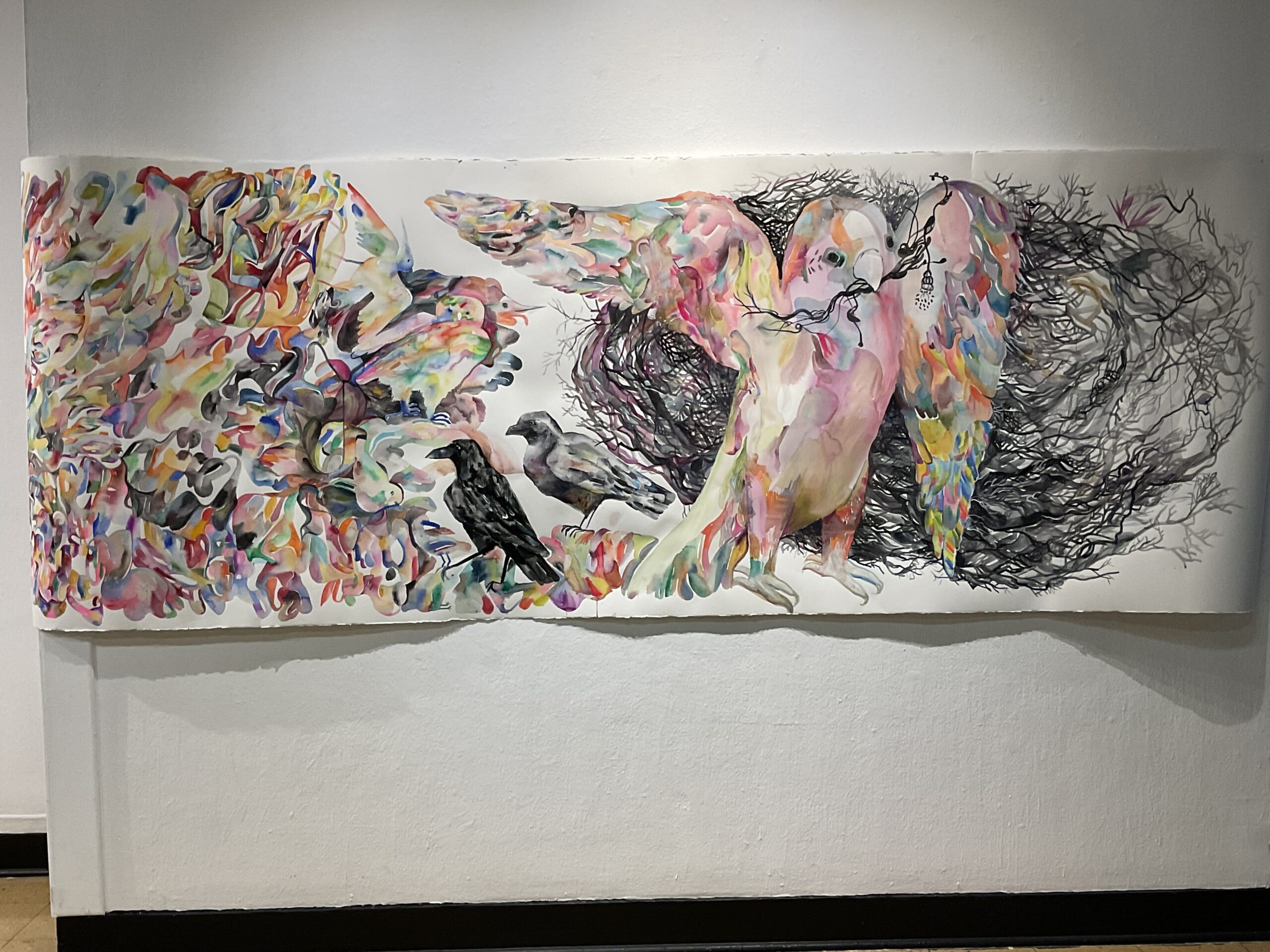 Its full name is California Institute of the Arts, but it is known typically as CalArts. I had been there a number of years ago, and I was excited to return this year. This time, I had the opportunity to drive past the Valencia, California, campus to see the area, which is an affluent commuter town 20 miles north of Hollywood that features malls and lots of bike paths and hiking because it is near the mountains – and offers a Metrolink into LA. There is an area in Santa Clarita, the town next door, called Old Town Newhall, which features several cute blocks of services, stores, and gastro-pubs.

But back to CalArts. It’s a small school of about 1000 undergrads and 500 grad students, but it is pulsing with energy. Most of the school is situated in one enormous building that houses theaters, studios, classrooms, the cafeteria, and the bookstore. Also on campus are dorms, a residence for MFA students, and a performance building called the Wild Beast Music Pavilion that has retractable walls and some scene shops. One way of looking at Cal Arts is by considering  this description that was voiced when I was there: CalArts is like the  idea of a wild beast who lives in the jungle, not the zoo.

CalArts was founded by the Disneys in 1961 as a performing and visual arts educational institution. It is a direct entry school, which means that a student applies into a particular program. CalArts houses six separate schools—Art, Critical Studies, Dance, Film/Video, Music and Theater. All undergraduate programs – there are around 70 –  lead to a BFA degree.

As my tour guide said, the school “thrives off the diversity of the place and its experiential experience and the industry professionals who teach students. There is something different every day,” such as art gallery nights on Thursday and often two music concerts a day. The diversity of the school, with its focus on creativity in the arts, includes such areas as animation, puppetry, photography and media, creative writing, experimental animation, musical arts/experimental pop, and technical direction, to name just a few. The most competitive programs are acting, which enrolls only about 36 each year, as well as character animation, which only accepts around 5% of applicants.

Students at CalArts are said to be entrepreneurial and highly motivated, and there is a focus on collaboration with each other throughout the variety of arts disciplines. There is a general education curriculum and students are required take classes outside their areas of study.

- “Firstly, you are the best college advisor and ‘sharp shooter,’ going above & beyond, pushing, uplifting, helping [our daughter] and us parents Ride the Wave towards Applying and Acceptance…for September 2017. Thank You, Thank You…Please remember that we continue to… […]
More