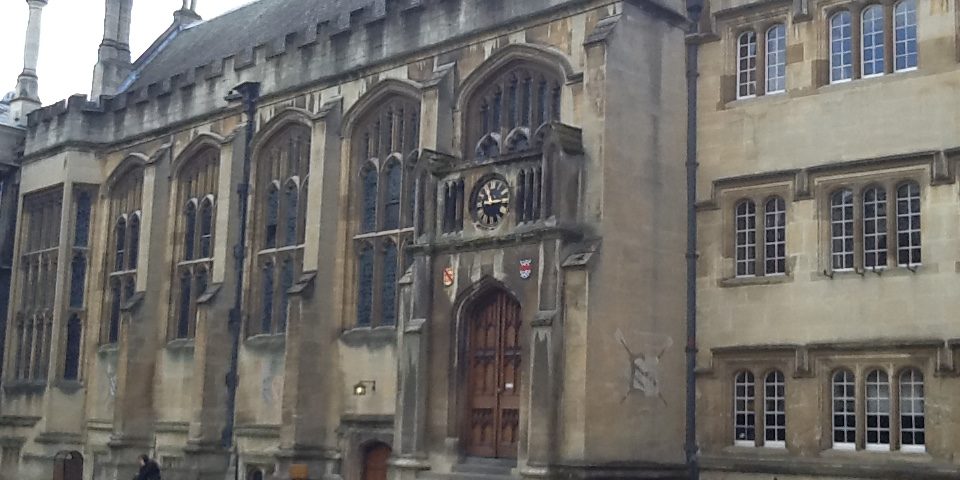 My first view of the City of Oxford, after leaving the high speed train from London, was of the place where I would be staying during my visit, a former prison located in a medieval castle that had been transformed into a hotel. The city, the home of the oldest university in the English-speaking world, is also a tourist haven known for its world class art and architecture museum, the Ashmolean, and for theater.

There are four academic divisions within the university: humanities; mathematical, physical and life sciences; medical sciences; and social sciences. The individual colleges are spread out within the city, some clustered near the traditional center and centuries old, while others are located a bit farther from the center, and some are more modern. Oxford is known for its tutorial system of education in which one, two or three students study with an individual professor or tutor, although there also are lectures that are attended by students across all colleges. The school year is divided into 3 terms, 8 weeks each. An undergraduate degree is achieved in 3 years typically, and a masters degree usually for an additional year.

How does one apply? Through the universal college application system known as UCAS – and by 6 pm UK time on October 15th. A student cannot apply to both the University of Oxford and the University of Cambridge. A student applying to Oxford must decide on an area of study (there is no such thing as “undecided”), and the application essay addresses in great detail the reasons why the student has chosen to study that area. There are two ways to apply. The first is to an individual college, and the decision is often formed by considering the location of the college and age of the college, since the areas of study are in most cases the same across all of the colleges. Or he or she can make what is called an “open” application in which the system randomly assigns an application to a college that offers the course to which the student will be studying. An interview is also required, which takes place in December in Oxford, and some programs even require the submission of written work to be considered when applying.

- “Thank you for making my college application process a simpler and easier effort. I don’t know how I would have done it without your guidance.” High School Senior, Muhlenberg College [Early Decision] Class of 2015 […]
More